Pick Me up at Target, Please 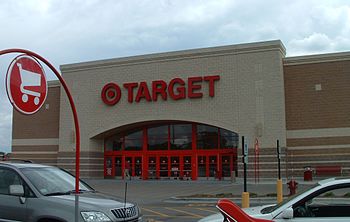 Pick me up at Target, please.

It’s what I should have said to someone as I was heading out for my morning 10.5 mile run. But honestly, I did not think it was going to be a problem. It was my final run of my 52nd year.

All I expected was a lot of introspection, retrospection, and celebration of the end of another year. That is so NOT what happened.

By the time I reached the second mile out of nowhere came tons of negative thoughts that ranged from what I could’ve, should’ve, would’ve, didn’t, did, with a few failures thrown in. By the time I reached mile four I was almost on my knees in tears. I knew I was in trouble when I reached mile five on the top of the Isle of Palms connector and the view that always takes my breath away only reminded me of a dream deferred. Yikes! 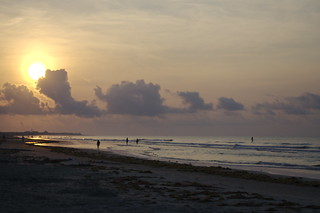 You know it’s bad when you look at this and long for Target. (Photo credit: willia4)

So at the top of the bridge I stopped. That’s right. I stopped on the shoulder and looked down to the marsh and said a silent prayer. I am not sure how long I stood there, but when I started home I thought about the Target store. I could run to the parking lot and hopefully find someone I knew to drive me home. That was the plan and it sounded like a pretty good one.

When I got to the road to turn into Target I realized something. Target is a bit less than 2.5 miles from my house. Less than 2.5 miles. That means that in the midst of my self inflicted pity party I covered eight miles!

So did I need to ask someone to pick me up at Target? No.

Couldn’t I, the self-proclaimed poster child for the 50+ and fabulous walk, run, hop, crawl, or electric slide 2.5 miles to my house? Yes and that is exactly what I did. I am pleading the 5th on how much crawling and electric sliding was involved.

As soon I as passed Target all of those horrible thoughts disappeared. Just like magic. It was not the run I imagined, but during it I showed real courage.Yes, in my own quiet way I exhibited true raw unfiltered courage on demand.  So glad that I did not ask anyone to pick me up at Target and today of all days I really wanted to.

Again, not the run I was planning but not a bad way to end a year. Happy birthday to me. I done well.

“Courage doesn’t always roar. Sometimes courage is the little voice at the end of the day that says I’ll try again tomorrow.”

Have you ever had one of those runs?

Head, swirling around my head this week. The random things I read/thought/heard about this week in no particular order or importance: My...
© 2014 Doretha Walker,Phd Web Design: Laura Olsen
Back to top