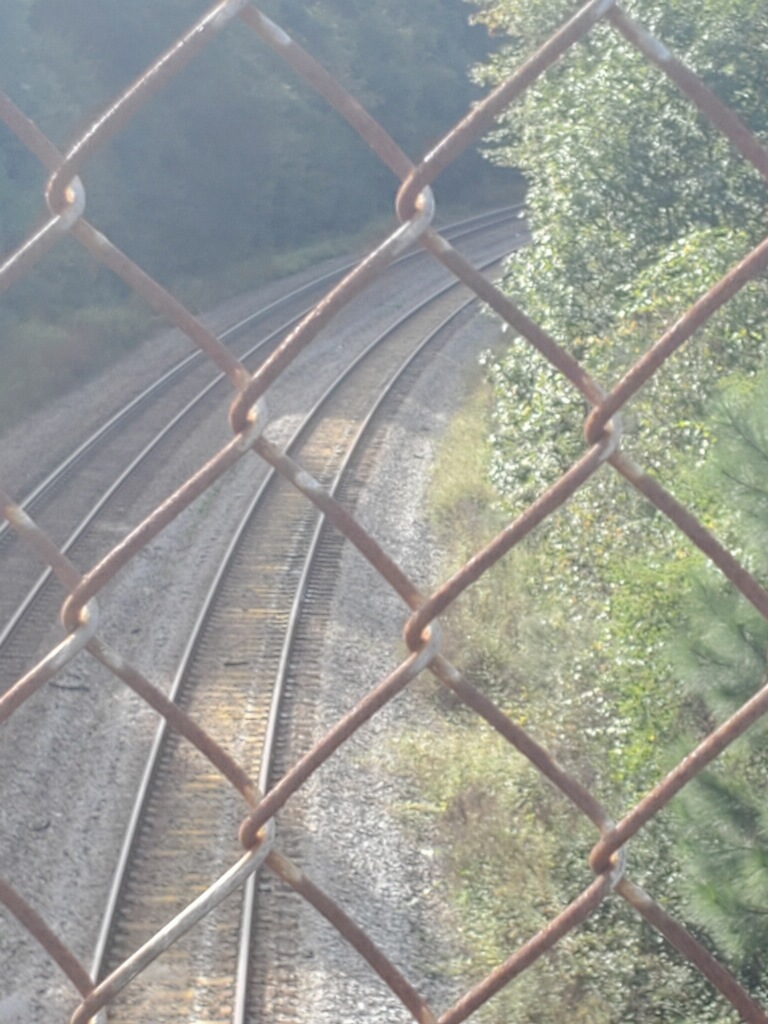 I tried to get this article published four years ago. No one wanted it. And I sincerely tried. I reached out to everyone I knew. I submitted it to every magazine and page I could. I wasn’t writing on my blog or website so I just stopped trying. Well, since this is a refresh, here is my article and I am proud of it. And now it is published!

I don’t live in a vacuum. I know about slavery, segregation, lynching, and the high levels of imprisonment of black people, systematic racism, and the many other things that my own country has done to its own citizens who are people of color.  So, a trip to the Legacy Museum and the National Memorial for Peace and Justice seemed to be something that I should do. Since I would be in Alabama on the weekend of May 19th, that seemed to be the best time to go. Plus watching the royal wedding with my mother would be fun.

We spent Friday night scouring Anniston, AL for scones. Scones, because isn’t’ that what one eats at a royal wedding watch party? Scones and English tea. We could not find elderberry ones or elderberry anything from the queen’s private estate so we settled upon cranberry orange and blueberry. We got the last three. And we bought petit fours because they looked like tiny wedding cakes.

May 19, 2018 at 5 a.m., we sat around the television watching the royal wedding. I had watched previous ones, but this one had a special twist. An American woman was marrying Prince Harry. Meghan Markle, the daughter of a black woman was marrying into the House of Windsor. I could not keep from smiling. I was so happy to see elements of blackness deliberately woven into the ceremony. That choir had me on my feet.

After the wedding, we dressed, jumped into the car and headed to Montgomery, AL. I knew that the trip to the museum was not going to be fun. I knew that it would shake me to my core, but I felt it was something I had to do. Something that would perhaps make sense of things for me.

I walked inside the Legacy Museum. The Legacy museum fully displays the history of racial inequality and economic injustice in the United States.  It is housed in a warehouse where slaves were housed and sold. Very different from St. George’s castle chapel which was established in the 14th century by King Edward III , located in England where Meghan Markle  a bi-racial woman, a descendant of slaves got married a few hours earlier.

Taking pictures is not allowed in the museum so what I am describing are my recollections from the notes I scribbled on a receipt I had in my purse. As soon as I saw the first display of the map detailing the slave routes, I separated from the rest of my group. I moved away because thanks to the cognitive dissonance of the day’s events I could not breathe. Unexpectedly my chest tightened and breath would not come and neither would words.

As I moved on to the lynching section of the exhibit, my chest continued to tighten. I looked for an exit sign because passing out seemed the next plausible thing. The visuals were difficult enough, but reading the captions as to why people were lynched felt like a kick in my stomach. A man was lynched for marrying a white woman and a black man. My mind immediately went back to the that beautiful wedding in England. Bishop Michael Curry, a black man preached a moving sermon about love. Then I cried harder knowing that the man who was lynched in 1877 probably talked about love to the couple before him. I wonder if their vows were as heartfelt as Prince Harry’s and Meghan Markle’s? Did the groom gently lift her veil? Did they gaze at each other in love? Did they get to ride off in a horse drawn carriage? Did they get to live in peace?

I stifled another scream. I resisted the urge to fall on my knees. Then I thought about that magnificent black gospel choir at the wedding. They sang in the fullest expression of their blackness. There was no doubt. I wonder if they would have been allowed to sing like that at any weddings other than those of other black people in the United States years ago or would they have been lynched for blasphemy or some other such charge?

The contrast was so stark that the joy and pain in my heart collided. It was as clear as black and white. It was hard. I found a dark corner and quietly cried. I should have screamed. We all should have screamed and should still be screaming. Then pick up things to read, not to throw. Things to read so that we are better equipped to challenge this and the more that is to come. This is far from over. Relief is not coming fast enough.

I was prepared for the sadness and the sorrow, well, as much as one can be. I was unprepared for the hate I felt. As I gazed around as saw the many white people who were there I wanted to pounce on them. I am sure that I side-eyed many. I am not proud of my reaction, but then I had no control over it. So I cried again. I cried because I was feeling something that I had not felt before if even for a brief moment. I felt hate for a group of people that I did not even know. I wanted to stop each white person there and ask questions, so many questions. However, I did not trust myself to be kind. I did not want to lash out in anger. I remained quiet while continuing to cry.

As I sat and watched people go by I finally had the courage to ask a white man what he thought about, well, about everything in the building. He said that he was angry. He told me that he was one of the troops that deployed to Tuscaloosa, AL in 1963 to aid in the desegregation of the University of Alabama. He said that he wished he could have done more.

I actually attended the University of Alabama in 1979, so he did quite a lot for me. In addition, when he pointed out his bi-racial granddaughter (who made me immediately think of the new Duchess of Sussex Meghan Markle), I realized that he had done so much more than he gave himself credit.

Through my veil of tears, I made it to the National memorial for Peace and Justice informally known as the National Lynching Memorial, the national memorial to commemorate the victims of lynching in the United States in order to acknowledge the past of racial terrorism in the search for social justice. Again, so much violence was displayed in the over 4,000 names of those who were lynched.

Seeing the actual names and counties reinforced my anger and my tears. My heart hurt so much. I likened the pain to what I felt when my grandmother died. Just like that time, there was no relief to be found, just acknowledgment and, on some level, acceptance. I am not sure what I was accepting. Maybe acceptance of the truth that I live in a place that did horrific things to those with dark skin and that malevolent things are still happening. I am not sure.

I just know that that afternoon I was feeling emotions that were very different from what I was feeling at 5 a.m. while watching the royal wedding. I was no longer eating scones and drinking tea. I was no longer thinking about happiness. For the first time in a long time, I was afraid. Afraid of what is to come and afraid that I do not know how to make it better. And so again I cried.